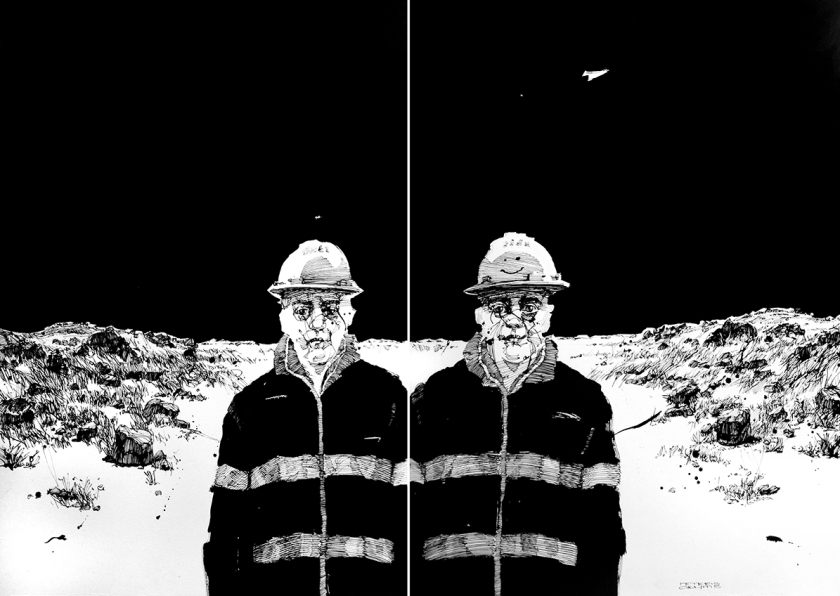 “Penumbra” (the in-between shadow and light) became the core theme for artists Peteris Ciemitis, Maris Raudzins, Maija Medinis, Gabrielle Mazalevskis and Len Zuks at a joint exhibition at Heathcote Museum and Gallery in April. Curated by Olimpia Cullity, the exhibition dealt with the idea of cultural and spatial displacement in contemporary society.  A keynote of the event was also an artist talk by Peteris Ciemitis on “Creativity in Confirmed Spaces”.

Arbus referenced in the palindromic “are we not drawn onward to a new era?”, by Peteris Ciemitis, exhibited in “Penumbra”.